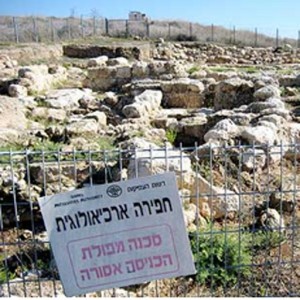 Site uncovered in salvage excavations of the Israel Antiquities Authority during development of the Buchman neighborhood.

The findings include graves, a bathhouse, and a synagogue from the second century BCE.

Archaeologists Alexander Onn and Shlomit Vexler-Bedolah, who were in charge of the dig, believe that these remains are of the ancient city of Modi'in, hometown of the Maccabees.

In their view the Arabic name of the site ("Umm el-Umdan", "the mother of pages"), even preserved the name of the place "Modi'in", with a slight change.

Danny Herman - Private & VIP Tours, Archaeological Expertise
3
Modiin General
Private and VIP tours to all of Israel, by an archaeologist and a tour guide. 15 years of experience and many recommendations. Lecturer at the Hebrew University, IDC, and Tour guide courses