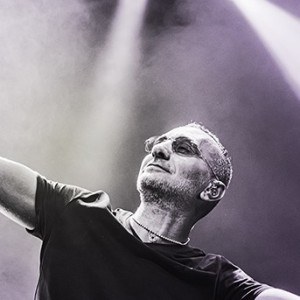 Shimon Buskila, one of Israel's top, most talented and finest singers, and one of its most brilliant composers, who has composed a significant number of songs that are part of Israeli music's soundtrack, takes the stage for a winter tour that will warm your heart.

Show filled with soul, rhythm, joy, with the exciting renditions that only Buskila can perform.

Buskila, accompanied by five top musicians, will perform his greatest hits as well as songs he has composed for other singers since breaking into the Israeli music world.

Now, before the winter tour, his new song 'HaLayla Shelach' is being released on the radio, composed by Buskila to the words of Avi Ohayon and Hanan Ben-Ari.

With a singer like Shimon Buskila, his playlist of songs and his new show - we are definitely expecting a warm winter!

Moadon Gray Modiin - Events and Shows Center
1
City Center (Ma'ar)
For schedule of upcoming shows click here! Multifunctional cultural and music venue in Modiin's city center. The complex, which is approximately 2,500 sqm in size, is expected to open in November 2021. For the planned schedule of shows clic