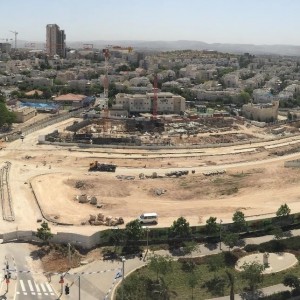 Great success for the tender for the establishment of Modiin Maccabim Reut's first hotel, which will contain 50 hotel rooms and another 30 residential units (with the possibility of conversion to hotel rooms).

The hotel, which will be built on lot 21 between the Azrieli Mall and the Modiin Merkaz railway station, will be built by the Kanit Hashalom company owned by Azrieli, which won the tender after submitting a bid for 101.55555 million ₪.

The size of the lot is 5,300 sqm. According to the tender's requirements, the lowest bid that could be submitted to be able to bid in the tender was 20.86 million ₪, about one-fifth of the amount offered by the winning developer.

In addition, the winner will add another 20.3 million ₪ for development expenses. In this context, it should be noted that according to the terms of the tender, the winning developer will be entitled to receive a grant of up to 33% of the cost of the establishment of the hotel from the Tourism Ministry.

According to the terms of the tender, the hotel will contain 50 hotel rooms and another 30 residential units, that can be converted into hotel rooms, in order to increase the number of hotel rooms. In addition, there is an option to build an area for offices or for commercial purposes.

The Tourism Ministry attributed the success of the tender to the combination of the option to build both housing and hotel rooms. This is part of the Ministry's plan to increase the supply of hotel rooms and to increase competition.

The municipality expressed great satisfaction with the results of the Israel Land Authority tender, noting that the fact that the winning bid was hundreds of percentage points higher than the minimum price and the price of the assessment (around 40 million ₪) attests to the city's increasing attractiveness.

The city's new business center is currently being built, and there is no doubt that once it is completed, the hotel will also become a significant factor in the city's business and commercial development.