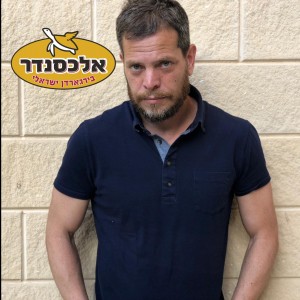 A talk in which Golden portrays the incredible story of his life, and the simple secret within everyone's reach: how to turn obstacles into springboards, and difficulties into advantages. How to overcome and become empowered, rather than sink and collapse.

An inspiring lecture, one that you leave as a different person. A story about the power of the individual.

At the age of 25, Shai Golden met a psychologist who took his medical notepad out of his pocket and wrote the words "gimmelim (exemptions) for life". He handed the paper to Shai and said to him, "I've treated many thousands of people and come across a lot of difficult cases and stories, but I've never heard of a life like yours. I give you an exemption from life."

After spending the first six years of his life in an orphanage, followed by an amazing and dazzling life events, Shai Golden became one of the most successful and well-known journalists in Israel, a well-known author of bestsellers, a successful playwright and a television presenter on Channel 2.

Despite the exemptions for life, and against all odds, Golden found a way to turn difficulties, personal tragedy and the obstacles that fate dealt him into springboards to success.

Shai Golden - with a BA and MA in literature, began his career in the world of entertainment and media as a journalist in the sports and cultural news sections at Walla!, then became the editor of the political supplement of Haaretz, and wrote novels with autobiographical details. Shai participated in the television program "Mechubarim" where he revealed his life in front of the cameras, and told his story of orphanhood and adoption, his complex relationships with his family and his journey to find his biological mother.