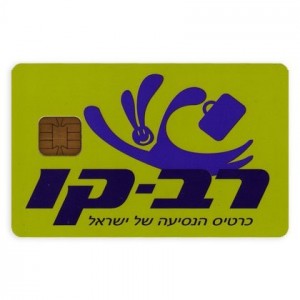 Where and How To Get A Rav-Kav Card in Modiin

Rav-Kav cards in Modiin are issued by the new offices of the Kavim company in Merkaz HaTachbura, between the Azrieli Mall and the Modi'in central train station.

Cards can also be issued and loaded online, using the following links: