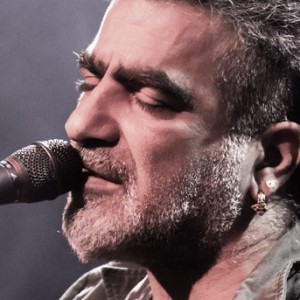 New acoustic show, in which Mosh presents his songs in a different way, accompanied by a musical trio, with performances and stories, close to the audience.

Ben Ari is accompanied by Roy Zu-Arets on piano, Shahar Kachka on percussion and Galia Hai on viola - with Mosh's stories interwoven between the songs.

The show includes Ben Ari's biggest hits such as: Enatzel, Masa UMatan, At, Jah, Hine Hu Ba, Kmo BaChayim, Jah Is On, Derech, Betach SheAvo, Pitom, Zohar, and also songs that have not been played in recent years, and the audience is waiting to hear, such as: Eich Hu Me'ez, Ad SheTavo'i, Esaper Lach HaKol, Mamri'im, VeEich SheLo, Shir HaMa'alot, Zikaron Echad Mushlam and many others.

For almost two decades, Mosh Ben Ari has been an integral part of the Israeli music scene, with his unique groove, which has accompanied an entire generation, and a new generation has adopted.