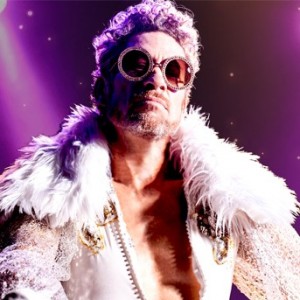 Yirmi Kaplan in a tribute concert to musical giant Elton John, one of the few titans still left at the heart of the international musical consensus.

Everyone has their own Elton John. Yirmi has been addicted to Elton since 1973, and he became one of his biggest and most admired influences. Even as he traveled to other musical worlds, Elton remained part of the main soundtrack of his life.

Kaplan, whose entire performance promises an uninhibited and limitless journey, of which the audience is an integral part, performs Elton John's eternal hits from a new angle, with electrifying energy on stage.

‏ROCKET MAN, DANIEL, YOUR SONG, GOODBYE YELLOW BRICK ROAD, DON’T LET THE SUN GO DOWN ON ME, I’M STILL STANDING, CROCODILE ROCK, I GUESS THAT’S WHY THEY CALL IT THE BLUES, DON'T GO BREAKING MY HEART…

Includes new and moving translations to Hebrew of wonderful classics such as TINY DANCER and CANDLE IN THE WIND.

Audience will be seated at shared tables. Seating is in order of arrival. Wait service will be halted at 13:45.