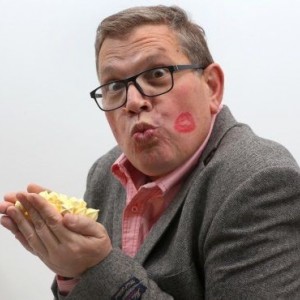 Dr. Tzachi Ben Zion, chosen as one of the 100 top doctors in Israel by Forbes magazine, presents one of the most successful performances in Israel. The show, which is also a form of sexual and relationship therapy, is presented with humor and laughter, and touches on the truths of life.

A senior specialist by training - sexologist and psychiatrist who, thanks to his phenomenal comic skills, manages to convey important messages to the audience drawn from common and embarrassing situations in married life and the bedroom.

Now, Dr. Ben Zion, by popular demand, is returning for just a few shows. In these performances he will talk about current and topical issues on the subject of sexuality, sex and relationships: pornography, sexuality of teenagers, religion and sex, Whatsapp and relationships, the connection between sex and weight (fat), sports and health, and even the sex life of the 'first' man in the United States until recently... Obama.