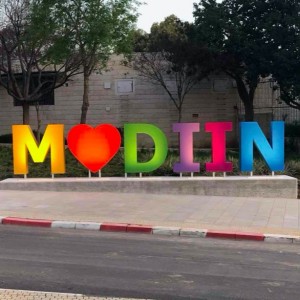 Information from the Modiin municipal spokesman
Last Updated: over 2 weeks ago

On Israel's 72nd Independence Day, there are 95,878 residents in Modiin Maccabim Reut, compared to 94,820 residents (an increase of 1,058 people) on the previous Independence Day - according to the municipality's population registry (accurate as of 1/5/2020).

A matter of age

The breakdown of the population between ages once again shows how young Modiin Maccabim Reut is:

529 of the city's residents where born in the year Israel was created, and will be celebrating their 72nd birthday this year.

At the other end of the age scale, 218 babies were born in the city since January 2020.

The neighborhoods who had the most babies in this period:

By contrast, the city's oldest citizens live naturally in the older neighborhoods, with 1,632 residents aged 60 and over in Reut, followed by the Nechalim neighborhood with 1,568 senior citizens.

The neighborhoods with the largest number of residents

In comparison, in HaTziporim that was founded in 2017, there are 2,661 residents, and in Nofim, the newest neighborhood, there are so far 529 residents that have already moved in.

Where did most of the new residents come from

And from the North, there are 4 new residents that came from Haifa, 3 from Kiryat Shmona and one from Tzfat.

Overall, the city's Olim came from about 50 different countries, including: Costa Rica, The Philippines, China, Ivory Coastת Vietnam and Iceland.