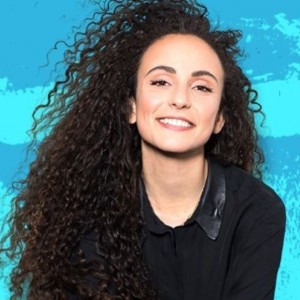 After almost a decade in the music business, Yuval Dayan has become one of the most successful and critically acclaimed female singer-songwriters in Israel.

Yuval continues to create and perform on every possible stage. Even during the pandemic, Yuval conquered the charts with her top hit SheRak TeChayech, and has recently released a new single, Ata BeKulam, which she wrote and composed.

Yuval also starred in the Habima National Theater in the lead role in the musical "Mika Sheli", joined the judges panel of the 5th season of "The Voice" and last year also performed the theme song Kochech HaRam from the film about Ahuva Ozeri, garnering rave reviews.

On stage, Yuval captivates the audience with her authenticity, her impressive presence, her great talent and her unforgettable voice. She has gained a unique status in the Israeli music industry: a singer who writes and composes most of her songs, with a unique voice.