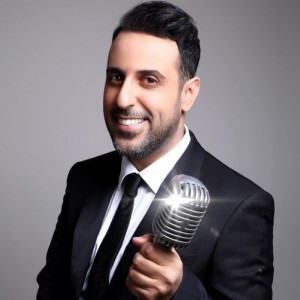 Heichal HaTarbut, Emek Dotan 49, Modiin
08-9737... Show 08-9737333
Warning! This page is currently disabled, and may contain out of date information
sponsored
Last Updated: over 2 weeks ago

One of Israel's most prominent and leading artists. Aharon is treasured both as a singer and as a songwriter, who writes and composes his own songs as well as the songs of other artists.

His meteoric success started with the release of his first album: "Ahava Rishona" (2007), which quickly became famous and earned him a large fan base.

In 2010, he won the Best Singer award of the year from Reshet Gimmel and Channel 24 and his song: "Tagidu La" won the song of the year title. In 2011, he was awarded the ACUM Composer of the Year Award.

He is currently working on his 8th album, with a huge chain of hits in his repertoire, that have become an integral part of Israeli music.