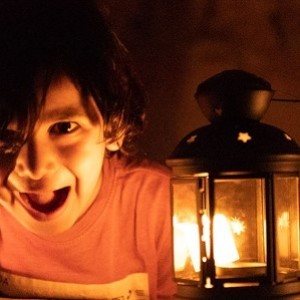 Events and Shows
Tiyulim & Archaeological Sites in the Modiin Area
Last Updated: over 2 weeks ago

At twilight and into the darkness, without flashlights and mobile devices, set out on a lantern tour on ancient paths!

Connect to the sounds and smells of nature and the ancient world, long before the invention of electricity… and experience what a family evening looked like in ancient times.

Streetlights, car lights on the roads and illuminated houses, have made us forget the feeling of darkness and quiet. On the tour you will hike on ancient paths during sunset and even in the dark, accompanied by lanterns and starlight. Watch the sunset over the coastal plain, listen to the last sounds as the day fades and the sounds of animals waking up at night.

In addition, you will learn about the effects of light pollution, pass through the remains of an ancient settlement, light ancient oil candles, and, above all, sharpen all your senses!

It is recommended to have a light meal at the picnic tables in the park before the tour begins.

The tour lasts approximately 2 hours (total 1.5 km). The lanterns will be added during the tour and will be lit after sunset.

Thursdays during June-August at 18:30.

Events and Shows
Tiyulim & Archaeological Sites in the Modiin Area
Also on ModiinApp...