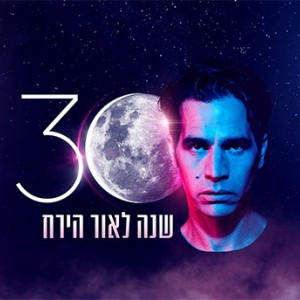 Aviv Geffen - 30 Years for Or HaYare'ach at Moadon Gray Modiin

Special show marking the 30th anniversary of Aviv Geffen's debut album Ze Rak Or HaYareach. The show features songs from the album as well as his other hits from throughout the years.

Aviv Geffen returns to the album that launched his career, and went platinum at the time, with hits such as: Or HaYareach, Shneynu Shavim, Emesh and Milliard To'im - songs that he performs at all his shows to this day.

The show is part of a series of festive performances throughout the country and for all audiences, those who discovered Aviv years ago 'in the moonlight' and all those who have been 'drawn to the light' after many years.