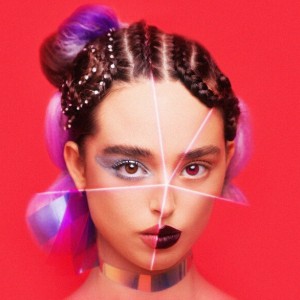 The hottest name in Israeli pop, performing together with a full backing band in a show featuring the hits 'Living The Dream', 'Banim', 'Goliat 2', 'Ohev Lo Ohev', and more!

In recent months it has been impossible not to hear at least one of Nunu's hits that have taken over the radio and music scene in Israel.

Her debut song 'Banim' took the charts by storm, and featured on the playlists of Galgalatz, Hatzinor and MTV Israel only a week after it was released. With over 100,000 views and collaborations with artists such as Jimbo J, Gon Ben Ari and Omer Moskovitz came 'Ohev Lo Ohev'. The song, twice as short and 700 times as fun, appeared on Time Out, Galgalatz and MTV within a few days.

Then came 'Living the Dream' and Nunu (Naomi Aharoni-Gal) turned into a phenomenon that is almost impossible to miss... The song already has over 2.5 million plays on Spotify, and the full album, "Status", is currently one of the most successful in Israel.

Partners in songwriting and concept are Ilai Ashdot (son of Yizhar and Alona Kimhi) who produced the songs together with Nunu and Adam Gabay who directs the music videos.