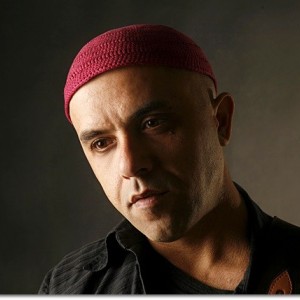 All the best known-songs of Lev Ari from his rich 5 album repertoire in an acoustic performance, together with the guitarist Ariel Avizov.

Becoming newly religious about a decade ago, Lev Ari has since established himself as one of the leading artists in the current wave of Israeli musicians who combine western pop-rock music with Jewish texts, tradition and themes.

However, unlinke most of his counterparts, Lev-Ari didn't "cross the lines" after having a well-established career, thereby his best-known songs are within this genre, coming across feeling very natural and organic, and arguably forming some of the truly best moments of Israeli music in recent years.

Check him out on YouTube - here are some recommendations:

The beautiful and moving "Ma E'ese"

* Tickets can be cancelled only up to 2 days before the show, subject to cancellation fees.