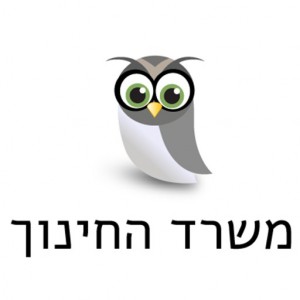 This year, school and Ganim summer programs will be held for graduates of Ganim and kitot aleph-vav.

In addition, just this year, there will be a program for grades 7-11 for those interested in closing academic gaps.

Summer school programs for schools and kindergartens will take place for three weeks from July 1st to July 22nd (except for Tisha B’ Av).

In addition, the municipality, through Sachlavim, is working to allow parents to enroll their children in follow-on summer camps for kindergarten and elementary school children from July 25 to August 12, inclusive.

Payment for the program is determined according to the 'socioeconomic cluster' of the local authority, which in Modiin set the price at 450 ₪ until 13:00.

As always, parents of kindergarten and kitot aleph-gimel can extend the school day until 16:30 by registering for tzaharon with the tzaharon operator at the educational institution during the year, at an additional cost of 675 ₪, which includes a hot lunch.

Registration for summer programs will begin on Wednesday, June 2nd on the Amutat Sachlavim website and will end on June 14.

Registration for tzaharon follow-up kaytanot will take place on the Sachlavim website, or with the tzaharon operators at the schools.

New residents who have registered for next year will also be able to enroll in summer school and kaytanot for kindergarten. The placement of children in the summer programs will be made at the end of June, based on availability.

The Education departments wishes to emphasize that students will be placed in the summer school according to the educational frameworks in which they studied in the current school year, in order to maintain the educational continuum. In addition, the municipality invests a lot of effort in recruiting staff from the system - teachers, kindergarten teachers, assistants and daycare workers and in cases where this is not possible, external instructors will be recruited.

The theme of the summer program in the kindergartens will be a "hocus pocus" camp in which the children will fly in their imagination to distant and magical places, get to know animals and learn about natural phenomena, with an emphasis on social aspects.

In the summer program in elementary schools, children will be exposed to interesting content “around the world” and discover cultures and customs of different countries through activities, songs and stories.

As part of services to the residents, Sachlavim in the kindergartens will run follow-on kaytanot for a fee for the last week of July, between 25-29/7.

Also, from 1-12/8, Sachlavim will run a kaytana: "Molecule for Preschoolers" which will include enriching and experiential content.

This year, elementary school students will be able to enjoy a variety of workshops, sports camps and summer camps that will be run in the city by Sachlavim from July 25 to August 12.

Among other things, the children will be able to choose from an experiential molecule camp, dog training, a combined sports camp, dance, roller skating and a variety of fascinating workshops.

Registration for the follow-on camps will take place on the Sachlavim website.