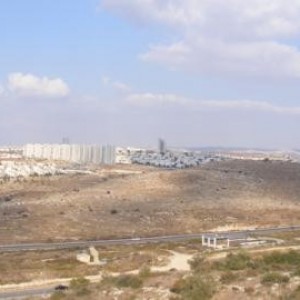 Everything you need to know about Modiin's new neighborhood.
sponsored
Last Updated: over 2 weeks ago

Covering an area of 370 dunam, HaTziporim is one of two new neighborhoods in the city currently under construction, and in the process of selling housing units.

The neighborhood is located between Keizer, Givat C and Buchman (see attached map).

The neighborhood borders Anava Park on the north side and route 431 on the south side. Sderot Chashmonaim - the city's main thoroughfare - lies to the east, and route 3 and the Nofim neighborhood, the second neighborhood being built, lie to the west.

What's in the Plan

The neighborhood, previously called "Keizer South", includes 991 housing units, following two reductions in the number of housing units by the planners to prevent damage to nearby Anava Park and due to the proximity to Route 431.

Aside from residential complexes, the neighborhood will include an elementary school, two shopping centers, a synagogue, five kindergarten complexes, a clinic, tipat chalav and an area that will be used either for culture or youth and non-formal education.

The neighborhood's name was previously intended to be 'Keizer South' after its planner Danny Keizer, and due to its close proximity to the Avnei Chen neighborhood, which was formerly called Keizer. The Municipal Names Committee decided on the name 'HaTziporim', with the names of seven streets being: Duchifat, Nachlieli, Sla'it, Efroni, Shaldag, Tzukit and Chasida.

167 units in the new neighborhood will be allocated to young couples as part of the "Diur LeMishtaken" project, according to the criteria established by the Minister of Housing, of which 30% are designated for young couples without children, and 30% for families with up to three children.

In addition, 164 housing units will be designated for rental only. This means that almost one third of the neighborhood is designated for affordable housing - significant news that will help many young couples and families to purchase an apartment in Modiin-Maccabim-Reut at reasonable prices.

25% of these apartments, around 167 units, will be sold in the framework of the 'Michraz LaMishtaken LeZaka'ei Misrad HaShikun' for an estimated price of 750 thousand shekels for a three-room apartment. These housing units will be distributed proportionately among all the construction companies in the neighborhood.

Not one construction company submitted an offer for the additional tender of the complex that includes 164 residential units intended for rental only, similarly to tenders for rental projects in other cities in Israel.

In the future, 156 additional housing units will be built in the neighborhood, bringing it to its final size of 991 housing units.