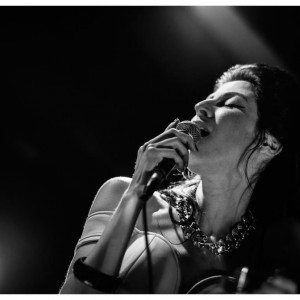 A show that began as a one-time performance for the Beit Hatfutsot exhibition on Amy Winehouse in late 2014, and has since continued to run around the country, and worldwide.

Michal Shapira brings to the stage her acting experience as a graduate of the Nissan Nativ School alongside vocal abilities, which produce a spectacular, high-quality, dramatic, cabaret performance.

In the show, Shapira combines stories behind the songs, as well as lesser known and even rare songs that she discovered during the preparatory work for the Beit Hatfutsot show.