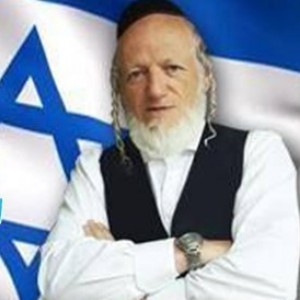 Yehuda Meshi Zahav was born and raised in the Me'a She'arim neighborhood, 11th generation born in Jerusalem. In his younger days, he was at the forefront of the protests against the State of Israel and its institutions, along with Neturei Karta, and was known as the operations officer of the Haredi community.

Over the years, Yehuda Meshi Zahav has changed his opinions completely.

He is the founder of the ZAKA organization, which now has about 3,500 volunteers deployed in every part of the country and around the world, who at all times offer help with locating, rescuing, saving, and, in difficult cases of loss of life, trained volunteers to take care off the victims, maintain their dignity and bring them to Jewish burial.

ZAKA has recently been given observer and advisory status at the United Nations, a feat achieved by outstanding organizations that meet rigorous international standards.

In his role as chairperson of ZAKA, Meshi Zahav works for reconciliation between the religious and secular. Two of his sons enlisted in IDF combat service and his youngest son is also about to be recruited.

During this talk, Meshi Zahav will talk about himself, the place he came from, and about his personal journey from then until today, about his experiences and setting up ZAKA, about the organization, the volunteers, and mentally coping with this complex mission, about the fabric of Israeli society and the changes it is undergoing, about volunteering, giving and Chesed.

Despite the difficult issues that come up during the talk, there is still room for some (slightly) black humor and optimism!

Doors open around an hour and a half before the event.

Seating around tables, no assigned seats.